Identity Crisis – on culture wars and the spiritual self 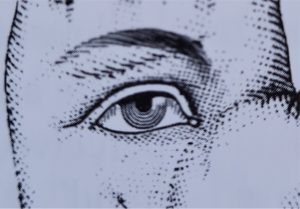 Cancel culture or keep culture? Where do you stand? Third positions seem excluded when it comes to these intense disputes, which inflame public debates over everything from gender identity to national history.

Only, there are alternative responses, and an important option is found in wisdom traditions. Ancient philosophers wrote about it, and it has been explored by modern figures as diverse as Virginia Woolf and William Blake, too.

It starts from the premise that all identities are necessary failures. Male or female, gay or straight, black or white, and so on: they are all attempts to secure a place in the world, drawing on anything from biological particularities to historic suffering and inner yearnings. As such, they are worth respecting. They mean much to people and matter within certain domains, such as the medical, the psychological, the social.

However, it’s a mistake to idolise them, as if any specific description of a human being could be the defining feature of who they are. Life can’t be contained by these identities, for all that they may shape it. It’s why Hamlet can affirm that the human individual is both “infinite in faculty” and “quintessence of dust”. Trying definitively to nail down who you are, is like trying to nail down water.

Wisdom traditions understand this recalcitrant excess as an unavoidable part of being a human person. Further, they positively affirm it because it points to a deep truth: every human being’s fullest identity lies elsewhere. It’s in the dynamic ground of life itself, which is variously referred to as God or Brahman, Buddhist emptiness or the Tao’s dance that moves between the different aspects of ourselves; across the corporeal, the intersubjective, the spiritual.

Attempts to capture this true self in words vary hugely, of course, to the extent that phrases like “true self” are also rejected as mistaken or inadequate. Socrates picked up on this difficulty. In fact, he made it central to his philosophy. He realised that his wisdom rested not on what he knew for sure but on the fact that he could know nothing for sure, particularly when it came to himself.

It sounds like a curse, more like embracing darkness than light. But it is a blessing. Not knowing who you are means you are always open to more. If you can tolerate the enigmatic nature of reality, and how everything you say about yourself is provisional, then you find yourself in a position continually to draw on the felt source or generous wellspring of life’s ceaseless vitality.

This matters because life goes well when resourced by the underground spring and, conversely, things go wrong when it gets cut off. It’s why the culture wars tend to bind more than liberate: anxiety about correctness traps us in smaller lives.

Virginia Woolf reflected on such dynamics in her essay, A Room Of One’s Own. She noticed how watching two people meet on the corner of a street, a man and a woman, had the effect of easing her mind. It was as if previously she had been in some kind of strain. That strain, she muses, must arise from having to hold inflexible distinctions, in this case to do with differences between the sexes. It’s important to do so in some circumstances, even crucial. Woolf wrote about it in the same essay. But doing so takes effort because, ultimately, it interferes with an underlying unity, with which the sight of the two people meeting had resonated.

She argues that such unity is perceived by the “androgynous mind”. This is a type of awareness that moves beyond personae and categories, becoming “resonant and porous” insofar as it doesn’t need to make the world witness to its suffering and yearning, troubles and difficulties. She had the realisation that there’s more to being human and, when in touch with that more, the mind is free to range across increasing circles of experience with less and less impediment. It’s what a room of her own would enable her to develop. I think she was seeking the same wellspring of life as Socrates.

William Blake was onto the struggle to gain this perspective as well. He called it the “wars of love”, which are not primarily fought with others but when we battle with ourselves. These conflicts embrace “Self-Annihilating”, which for Blake, living before Freud, did not refer to routing the ego, but rather eroding the desire to control others, limit ourselves and possess life. Wars of love are a mental fight from which he will not cease, to cite his well-known phrase.

The experience can feel unwanted, ruthless, ferocious. In his epic poem, Jerusalem, he describes Albion embarking on wars of love by throwing himself voluntarily into Los’ fiery furnaces. But the heat is the judgement born of love, not condemnation. The result is an individual who understands the wisdom of Blake’s quatrain:

He who binds to himself a joy
Does the winged life destroy;
But he who kisses the joy as It flies
Lives in eternity’s sunrise.

The sceptic may say that eternity’s sunrise is all very well, but what about justice, truth, rights? An answer is to engage the cultural and spiritual simultaneously.

The cultural is the issue at hand, with all its urgency and heat. The spiritual is the developing awareness that all identifications with this or that sense of self, whilst necessary in one way are, in another, constraints. They risk cutting us off from a remarkable characteristic of human awareness: it can transcend itself. It can observe what’s happening whilst it’s happening, and realise that position as itself a state of mind. It reveals what the wisdom traditions call the dance, the emptiness, the divine.

This awareness is not just an optional extra. I think it’s what truly great civil rights leaders possessed, enabling them to become more than just one side of the struggle, as catalysts for real transformation.

What is often forgotten today is that human beings can be ever more richly resourced by the unexpected wellsprings to which the wars of love and the androgynous mind lead us. They reveal a part of us that is more than ourselves and more than this world, though also, at once, our transcendent home and the fullest source of our identity.