Did Jesus Bungle the Resurrection? 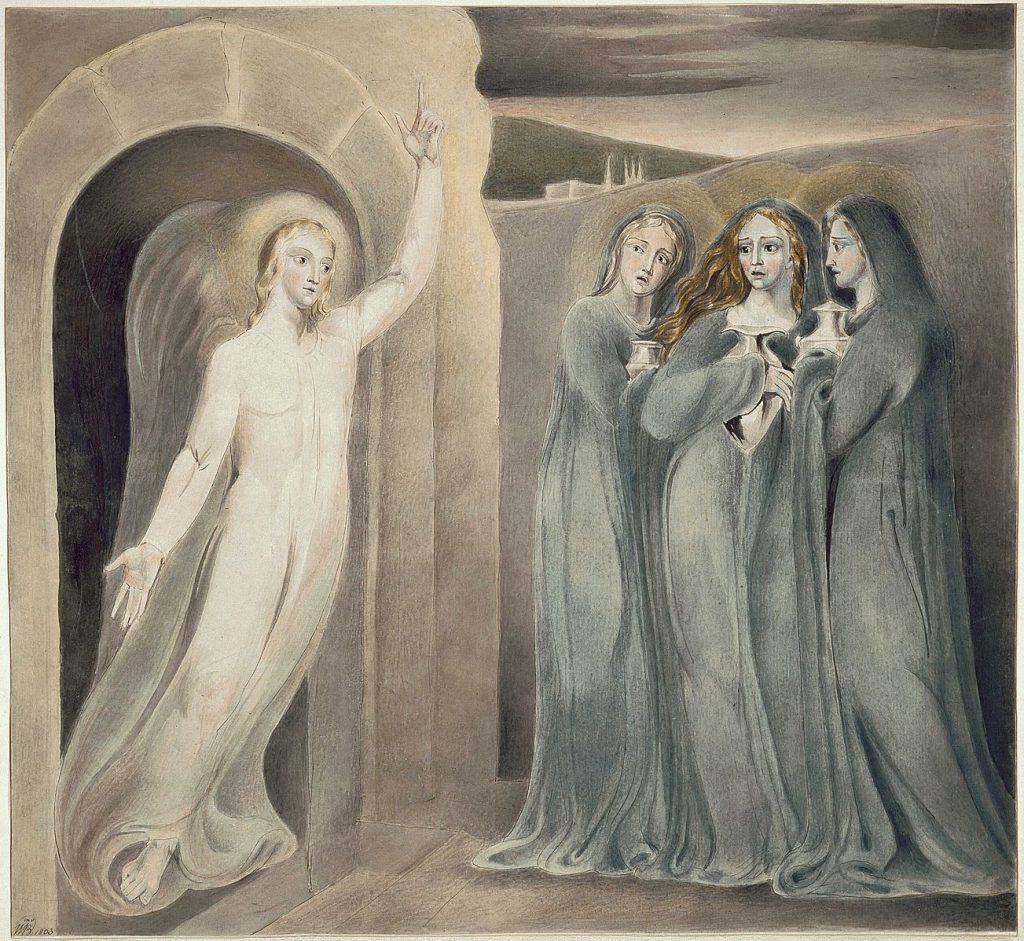 His re-appearances were questioned by the disciples. Only, it wasn’t about proof at all.

One of the most initially perplexing moments described in the gospels comes from the morning of the resurrection. Mary Magdalene is in the garden and sees Jesus raised before he promptly says to her, “Do not hold onto me!”.

It must have been almost impossibly hard to hear. Imagine her shock: “Noli me tangere!”
And yet, this apparent rejection was her turning point. She realized he was her teacher. “Rabboni!” she replies.

Like all good teachers, he was not insisting she remain indefinitely dependent upon him but that she be free to live in the awareness of her own union with God. “I am ascending to my Father and your Father, to my God and your God,” Jesus continues.

Other accounts of the resurrection present things similarly. Matthew describes the eleven disciples meeting on a mountain in Galilee after Jesus’ death. Jesus appears, resurrected, and some worship him. “But some doubted,” the verse adds. It’s all about spiritual perception. And some don’t yet have it.

They think they are seeing a ghost

Alternatively, Luke has the story of Jesus appearing to two of the disciples on the road between Jerusalem and Emmaus. Jesus walks some of the miles with them, but without them recognizing him, even when he laboriously explains what had happened. Seeing him comes only with their communion, and even that assurance comes and goes.

Later, Luke describes another appearance that terrifies the disciples. They think they are seeing a ghost. It’s the depth to which you see that counts.

The clearest insistence that the resurrected Jesus is only fully seen by the eyes of the awakened soul comes in John’s gospel. He tells the story of Thomas refusing to believe in the resurrection unless he touches the empirical evidence of a man with nail marks in his hands and a hole in his side.

When Jesus appears a week later, Thomas gets his evidence, though Jesus comments: “Blessed are those who have not seen and yet have come to believe”.

The implication is that evidence might actually distract you from inward sight. Nail marks don’t prove anything.

Jesus’ entire message had been about developing the eyes to see

Seeing someone walking and talking after their death doesn’t prove anything either, as the gospel writers must have realized when they included three other resurrections in their stories, those of Lazarus, Jairus’s daughter and the man from Nain.

In short, if the resurrection appearances were supposed to offer empirical proof, and so provide a sure foundation for the future of Christianity, it looks as if Jesus bungled the evidence. It’s not as if someone with a smartphone, hurled back across the centuries, could catch the stone rolling away and stream the verification online.

And, of course, that is not the point at all. Jesus’ entire message had been about developing the eyes to see and the ears to hear. Nothing changes. That continues now.

Take the famously abrupt ending to Mark’s gospel, depicting in William Blake’s picture, “The Three Maries at the Sepulchre” (shown above). I think it is supposed to propel us to that moment and ask us what we see.

The last incident Mark records is the visit by the women to Jesus’ tomb. They are met by a young man, dressed in white, who tells them not to be alarmed. But they are. They flee, terrified and amazed, which Mark accentuates with a final, hanging sentence: “And they said nothing to anyone, for they were afraid.”

It’s as if this is the point at which they let go of all they thought they knew, were bewildered and undone, were lost and fully human. But they were also expectant. They were on the cusp of divine life, which Mark lets his readers feel in the silence with which he finishes. It’s the space within which we might locate divine life in ourselves, too.

It’s a bit like the game of peekaboo that parents play with their children. It fosters the capacity to live without the parents constantly being there, standing reassuringly before their eyes. It facilitates holding the relationship within and making its truth and vitality your own. In short, you can grow up and live.

“It is for your good that I am going away,” Jesus had told them. Inner eyes learn to see. This is why the resurrection appearances look like a game of “now you see me, now you don’t.”

Drop into the life of God

It also makes sense of how Jesus’s death is a kind of sacrifice. It’s not about the atonement of sins, as if on top of proving there’s an afterlife with the resurrection, Christianity is also about anxiously securing celestial benefits from God.

Better is another view that runs through the tradition, sometimes called the sign or exemplary theory. On this understanding, sacrifice is about cultivating a sacrificial attitude: the routine letting go and offering up of life.

It’s a rhythm of life that echoes the resurrection appearances. It fosters the inner habit, perception from within, and re-orientates the sacrificer to the kingdom, and lets them drop into the life of God.

It becomes a way of cultivating the detachment that enables the individual to be in the world but not entangled by the fears and distractions of the world. It makes sense of what Paul wrote to the Colossians. “Set your mind on things above, not on things on earth. For you died, and your life is hidden with Christ in God.”

“He who kisses the joy as it flies”

Material things are regarded as valuable but not invaluable; emotions are richly felt but not so as to damage and overwhelm; worries about identity go, as the possessive tendency to assume I am this or that loosens.

The risk of encasement in an isolated self erodes, reconnecting the person with the fountain of life, consciously to participate in what was its source all along. We shift from self-concern to the freedom of God. “He who binds to himself a joy does the wingéd life destroy. He who kisses the joy as it flies lives in eternity’s sunrise,” was Blake’s brilliant summary.

In this reading, sacrifice ceases to be an action and becomes a process of revelation and realization. It exposes the ground of life. It uncovers the incarnation of the divine within the soul. As the living Logos incarnate, it comes to know that Jesus’s vitality is the inside of the whole world, and that inside is there for us to know, too.

It’s the life that the resurrection invites us to see, because of its seeming oddness.

This article is based on an extract from A Secret History of Christianity: Jesus, the Last Inkling and the Evolution of Consciousness by Mark Vernon