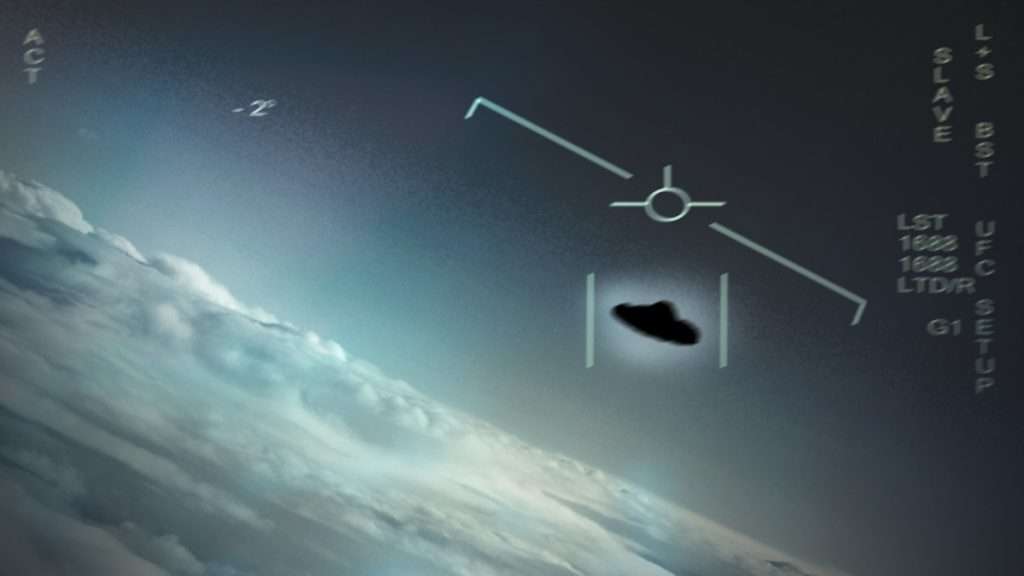 My Philosophy column just published in the new Idler magazine.

This has been a great year if you are into UFOs – or “unidentified aerial phenomena”, UAPs, as we are now asked to call them. The US government released a report in June confessing that it had no way of explaining dozens of reports of flying saucers, renamed so as to un-shame people who have had close encounters. The odd incidents include a white Tic-Tac-looking object that tracked Navy pilots across the Pacific Ocean, seemingly driven by a technology of unimaginable power.

The sometimes disturbing experiences are fascinating. They offer the perfect subject for a trip down an internet rabbit hole, becoming curiouser and curiouser with every click. Whatever UAPs say about our galactic neighbourhood, they are a great mirror within which to see reflected that other flying and still largely unidentified object, the human psyche.

Some of their wildest speculations, such as absolutely everything suddenly emerging from absolutely nothing, are welcomed. That one’s called the Big Bang.

Take scientists. They mostly sneer at the reports, as the odd boffin who resists the herd soon realises. A couple of years back, a strange entity, given the name Oumuamua, from the Hawaiian for “scout”, was safely classified by most astronomers as a comet. But one theoretical physicist, Avi Loeb, argued that it looked like a sail about the size of a football pitch, which was so thin, and moved in such unnatural ways, that it might be debris from an extraterrestrial spacecraft. He published a paper in Astrophysical Journal Letters to aid open-minded discussion, and soon realised that many of his colleagues thought he had jeopardised his career.

Physicists are hard to read. Some of their wildest speculations, such as absolutely everything suddenly emerging from absolutely nothing, are welcomed. That one’s called the Big Bang. Others are deemed utterly unacceptable. For example, all human beings assume life on Earth has a purpose and, when that assumption falls apart, they fall through the event horizon of that inner black hole called suicidal depression. But make the obvious inference, and suggest that the universe, of which we are manifestations, might have a purpose too, and you will be sent to Coventry.

My guess is that UFOs are not signs of aliens. I’m inclined to the proposal that the best way to traverse the vast distances of interstellar space is not to travel aboard a massive, clumsy craft like a flying saucer, but instead to send out tiny flecks, like subatomic particles. They can travel at the speed of light – who knows, perhaps slip across the cosmos through wormholes – and instantly communicate what they find via entanglement, the quantum phenomenon that Einstein called “spooky action at a distance”.

This would suggest that aliens are already here, since the age of the universe means that any advanced civilisation would have many millions of years head start on us. The Earth year, 2021, will have given them an intergalactic chuckle, as they watched the flying phallus of Jeff Bezos. The efforts of Richard Branson would lead them to file us in the folder marked, “Check every 100 years”.

The difficulty is life’s improbability.

There is a detail, though, that gives me pause. It is a nagging question, on which no scientist can shed the faintest ray of light. And it’s crucial. How did life begin?

The difficulty is life’s improbability. Biologists including Stephen Jay Gould and Simon Conway Morris have argued that life is extraordinarily difficult to get started. It’s why no scientist has come near to synthesizing from scratch even the simplest bacteria or bug. It’s why all the studies of evolution on Earth imply that our arrival is the product of an almost infinitely unlikely set of coincidences, which means that even in an infinite universe, we could be alone.

There is only one way that this bleak scenario might start to look different, so far as I can see. It would take science to move into those domains that the human psyche loves, about which science feels awkward and uncomfortable, and to consider the role of life’s purpose, meaning and joy.

Put it like this, in the words of the seventeenth century writer, Thomas Traherne. Imagine an alien coming to Earth, he suggested, in a prose poem called “The Celestial Stranger”. As it approached, it would start to sing a song, Traherne imagined. “This little star, so wide and so full of mysteries!” it would intone as it approached the Sun. “So capacious and so full of territories, containing innumerable repositories of delight.”

Alien life would have to have been around a long time to make it here. It would, therefore, have to be not only technologically smart, but spiritually sophisticated.

Then the visitor would ask a rhetorical question: “Who would have expected, who could have hoped for such enjoyments?”

It’s a rhetorical question because Traherne’s traveller from outer space would have expected such enjoyments to be found on Earth, as they are also found on its home planet. In other words, the celestial stranger perceives something that human science currently resists. Life is not just a chance spark and struggle for survival, but is driven by longing, liveliness, loveliness.

Alien life would have to have been around a long time to make it here. It would, therefore, have to be not only technologically smart, but spiritually sophisticated, Traherne realised. He knew this because he lived in a period in which his fellows tried to tear each other apart, during the English Civil War. Any successful intelligence, he concluded, would have to learn that its life and cosmic life is one life.

What that would also teach them is that the feasts and delights of existence are everywhere, for those with the eyes to see. Extraterrestrial science would have moved beyond a mechanical description of life, as if living were the product of blind processes, and seen that life is good and true. It can’t be random, in spite of the suffering. It can’t be meaningless, in spite of the distress. That there is suffering and distress is because life matters.

So I reckon that the best reason to conclude that the universe is capacious and contains innumerable repositories of delight is because, at the heart of it, is a life-giving mystery. And I think this is the meaning of 2021’s fascination with UFOs. They tease us with the possibility that wonders are out there. They suggest that to find them we will do well to follow our finest intuitions, richest imaginings and best poets.