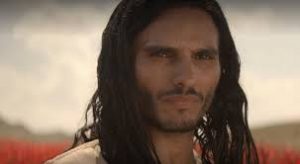 This piece has been published at Christian Today.

Messiah is the new Netflix series. It features the appearance in the Middle East of a Christ-like character who, following an apparently spectacular miracle, gains a following. (I’m now entering into spoiler territory, though my thoughts below don’t reveal plot specifics.)

As the episodes unfold, particular individuals and various government agencies have to decide what they make of the figure people are now calling al-Masih. It’s a title used by Muslims and Arab Christians for Jesus, meaning the anointed one. Al-Masih himself, played by the actor Mehdi Dehbi, prefers to think of himself as a messenger.

The show has prompted controversy. Netflix has been asked not to stream it in Jordan. But my sense is it brilliantly explores what might happen if a figure akin to the Jesus of the Bible appeared today.

It would not be a comfortable experience for anyone. People would be bewildered, perplexed. This would happen because “Jesus” would be politically neither of the left or the right. He wouldn’t have a clear social programme that people could identify with and start to campaign around. He would also baffle those who sought to understand him via creedal formularies and religious texts.

He would fascinate and repel in equal measure and it’s this ambiguity that the series manages to sustain throughout its 10 episodes.

Various theories do start to emerge as to what al-Masih is about. Maybe his aim is to invite civil disobedience and cause chaos to bring about change, if not revolution? There is one moment when I felt the writers almost compromise the aura of doubt around their messiah figure.

But on the whole, he confuses and confounds, as I sense Jesus did. Were Jesus to appear again now, my guess is that he would be unplaceable, as you might expect for someone whose kingdom is not of this world. He would expose how much our interpretations of the gospel morph into largely personal and this-worldly concerns.

The same discomfort hovers over the miracles that al-Masih performs. What I liked about the portrayal of them in the series is that they don’t hold back from seeming impressive and also, on occasion, happening in public – live on TV, no less. But at the same time, they don’t settle the central question of who he is.

That’s partly because the miracles don’t come to order. Not everyone who asks to be healed is healed. It’s also often not clear what, if anything, is going to happen next, an uncertainty that is experienced by al-Masih himself.

He says that he is waiting on God and spends much of his time apparently listening. You might say that he is in the world but not of the world. Again, it’s unsettling. It disturbs and divides those around him. They begin to resort to manipulation and violence as the strain becomes unbearable.

The reactions reflect the effect that the Jesus of the New Testament appeared to have on people, even those close to him. The Netflix series made sense to me of some of the difficult sayings attributed to Jesus, such as his realising that he did not come to bring peace but a sword, and that he would set children against parents. How could he not divide along unpredictable lines?

As the Netflix series reaches its climax, the details that gather around al-Masih cleverly intensify the question of whether he is a true messenger or not. And yet, for all the perplexity he provokes, I felt he is portrayed possessing one ability clearly and without compromise.

He has a powerful capacity to see into people’s hearts. At times, he is a good reader of character. He can spot when someone’s soul is troubled. At other times, it seems that he has a telepathic faculty that can perceive specific details in people’s lives, from the names of loved ones to painful events.

What’s striking is that he invariably uses these insights to invite people to question themselves. Do they want to carry on living with the mistakes they have gathered? Do they want a chance to start again? He says that repenting is the gift God gives to humans. There is never a moment when it is not possible to turn around.

Al-Masih is someone who realises that the most important thing in a life is conversion, not of belief, but of heart. What matters is the direction in which a person is inwardly looking. Is it towards their crimes and burdens? Is it towards God?

For this reason, I thought the series powerfully succeeds. It is genuinely interested in the nature of religious figures who feel that the world does not need to be improved but transformed, and further, that such a transformation would have to take root inwardly.

They sense that the kingdom is not far away but near. If only people could take the risk and tolerate the jumble of trying to listen for God.