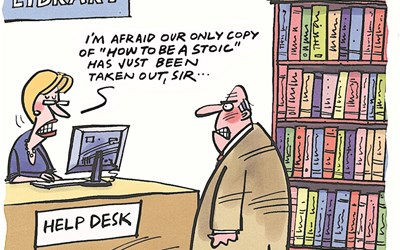 Two new articles that may be of interest:

Stoics and Christians: a common intuition – published in the Church Times.

“Ancient and modern Stoics alike say that, if you do take notice of such feelings, you are less likely to be thrown about by them. An inner space opens up that, over time, leads to a sense of stability and freedom. Instead of living reactively, the Stoic starts to live life more deliberately — able to tame emotions and even control how attention is directed.”

“‘Thus, whether one evaluates the religious and spiritual literature or the scientific literature, there is substantial evidence of a relationship between positive emotions, including love and compassion, that are associated with spiritual practices such as those performed in the seven-day spiritual retreat in the current study,’ the researchers conclude.”